Dr. Jain is an anti-aging expert and dealing with the needs of the people and the community to be healthy and happy.

My husband and I had the honor and joy of the performance on the stage on March 8, 2015 in Turkey lake Park Orlando. Holi signifies the triumph of good over evil. Holika and her brother Narsinghma made a concerted effort to abuse their power and made a scheme to burn his own son and her nephew (honest kid) who disagreed with the wrongdoing (evil deeds of his father. Prahlad (nephew) who believed in good deeds got saved with the grace of God but Holika got burned instead  and father was also killed at the end. This led to the end of the abuse of the power which created joy all over India. We performed in honor of the Goddess with the positive energy which we passed on to the audience. Costume are created by Dr. Jain, lyrics of the song is written by Dr. Jain and the song is sung by Dr. Jain as well. 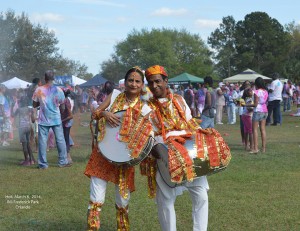 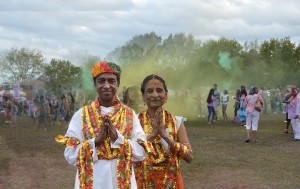 
This entry was posted in Exercise, Happiness, Healing & Anti-aging, Testosterone and tagged ., abuse their power, celebrating all the holidays, concerted effort, costume, created joy all over India, Dr. Jain, end of the abuse of the power, evil deeds, good deeds, grace of God, Happy Holi, happy., Holi, Holika, honor of the Goddess, joy of the performance, lyrics of the song is written by Dr. Jain, Narsinghma, positive energy, scheme, song is sung by Dr. Jain, triumph of good over evil, Turkey lake Park Orlando, wrongdoing. Bookmark the permalink.